Dating, AR/VR and other highlights from F8 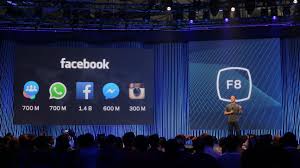 Facebook is rolling out a disruptive Tinder-like dating service and adding a host of new AR/VR features and events. Also launched is a standalone Oculus Go VR headset that promises a high-end immersive experience at a lower price.

Facebook used its annual F8 global developer’s conference to move on from the Cambridge Analytica scandal, although security, privacy and responsibility were among the key themes of the event. Mark Zuckerberg discussed the company’s responsibility to keep building new services that bring people together in meaningful new ways across Facebook, Instagram, WhatsApp, Messenger and Oculus.


Oculus Rooms and Venues
First disclosed late in 2017, the Oculus Go is now available in 23 countries initially. The standalone VR headset is priced at $199 for 22GB of storage or $249 with 64GB, both versions bundled with over 1,000 apps, games, and experiences available to users.

The device, which undercuts previous models but still promises a high quality feel, is part of Facebook's efforts to bring VR into the mainstream. Apart from video and gaming, the social element has always been a key priority in Facebook’s VR strategy.

Oculus Rooms, originally released for the Gear VR, has been redesigned with the launch of Oculus Go and lets friends play board games and watch movies together. The Oculus is also coming to TV, with a virtual big screen TV where users can watch live or on-demand content with up to four people. Oculus Venues and Oculus TV launch later this month, with more features to be added this summer.

Facebook is also adding new AR/VR features to a number of its apps. Instagram uses are getting access to Facebook's AR camera platform announced at F8 last year. Using AR Studio, creators will be able to design interactive camera experiences, including face filters and world effects, for their followers on Instagram.

Brands will be able to integrate AR camera effects into their Messenger experience. This feature, launching in closed beta, helps people get valuable, instant feedback about purchases, and more. Developers will be able to build experiences that let people virtually customise or try on merchandise, walk through new products, or simply express themselves in a fun way.


Dating
Another headline grabber is a new dating service among that aims to help the estimated 200 million single people on the platform to meet potential dates.

The opt-in feature, to be rolled out later this year, would focus on "real long-term relationships, not just hook-ups", and would exclude existing friends from potential matches. With privacy in mind, what people do within the dating feature will not be shown to their friends either.

People will be able to create a dating profile that is separate from their Facebook profile — and potential matches will be recommended based on dating preferences, things in common, and mutual friends. They’ll have the option to discover others with similar interests through their Groups or Events.

“People already use Facebook to meet new people, and we want to make that experience better,” said Zuckerberg. “If we are committed to building meaningful relationships, then this is perhaps the most meaningful of all.”

Clear History. This feature will enable users to see the websites and apps that send Facebook information when they use them, delete this information from their account, and turn off the ability to store it associated with the account going forward.

Sharing to Stories. A new way for people to share from their favourite apps to both Facebook and Instagram Stories. It’s designed to make that experience faster, easier and more creative on Stories.

Groups. A ‘Groups’ tab is being introduced, which helps users navigate to existing groups more easily and interact with content from all groups. Later this year, users will be able to discover and join new groups through the tab.

Crisis Response. Another new feature being rolled out this year, which will enable people affected by a crisis to share firsthand accounts of timely information, like road closures and damage photos and videos, making it easier to get real-time updates.

Blood Donations. In a few weeks, people in India, Bangladesh and Pakistan will be able to view nearby blood donation camps, requests for blood donations and blood banks from one place on Facebook.

Instagram Video Chat. This is a new way people can use real-time video to connect, even when they can’t be together. Video chat will be available in Instagram Direct and will empower both one-on-one and group conversations.

WhatsApp Group Calling and Stickers. Voice and video calling are very popular on WhatsApp, so Facebook is introducing group calling in the coming months. Stickers are also coming to WhatsApp soon, much as they have been available on Viber until now.

M Translations. Buyers and sellers in Marketplace, a place on Facebook to buy and sell things locally, will be able to communicate across languages with M suggestions for translations. Now when people who connect through Marketplace receive a message in a language that is different from their default language in Messenger, M will ask if they want to translate the message. At launch, translations from English to Spanish (and vice-versa) will be available in Marketplace conversations taking place in the US. Facebook plans to expand this feature and gradually roll out M suggestions for translations to people using Messenger in the US in the coming weeks. Learn more here.

Can tech save the world?

The increasing meaninglessness of AI