BPC is a wholly-owned commercial subsidiary of British Business Bank, the UK government’s economic development bank. Launched in June 2018, it has £2.5 billion to invest over 10 years.

In its second year, BPC made 11 new investments with a total value of £405 million. As a result, the total value of portfolio commitments reached £1.004 billion. The total portfolio internal rate of return was 10.7 per cent.

It is the largest domestic investor in UK venture and venture growth capital, with total commitments to funds, including capital from other institutional investors, now at more than £5.8 billion.

Recent investments include a $50 million outlay in Atomico’s fifth fund, helping them to continue to support “their most promising companies well into the growth stage”, and a $45 million investment into Balderton Capital’s seventh fund, “supporting outstanding founders at a critical point in the start-up journey”.

BPC’s investment strategy is sector agnostic, although the underlying companies within its portfolio fall into one of eight areas - future of work and education (19 per cent); marketplaces and consumer (18 per cent); digital health and life sciences (15 per cent); big data and artificial intelligence (13 per cent); FinTech (13 per cent); clean growth, sustainability and mobility (9 per cent); cyber security (5 per cent) and frontier tech (5 per cent).

Judith Hartley, chief executive of BPC, said: “The number of underlying companies within our portfolio has increased from 322 to 503 over the 12-month period - they are well positioned to support economic growth as we adapt to the impact of COVID-19."

Russ Cummings, chair of BPC, added: “With £1.5 billion still be to be deployed, it’s the long-term patient capital that we, and others provide, that will fuel innovation and power economic growth.” 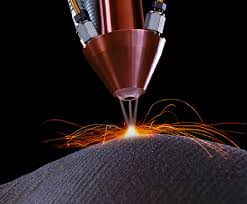