The British luxury car manufacturer detailed its Beyond100 strategy today, which also includes the aim of being an end-to-end carbon neutral organisation as it embarks on its second century.

Bentley has transformed its 80 year-old headquarters into the UK’s single carbon neutral luxury car factory. In parallel, the brand has grown to operate in more markets than ever before, 68, while creating a long-term, sustainable business model.

Bentley’s aim to become an end-to-end carbon neutral luxury car brand by 2030 will be underpinned by a business-wide sustainability programme. This includes the development of electrified models throughout the range, and further improvements on its operational environmental impact, that of its tier one supply chain and collaborating with its retailer network.

Having already committed that every model line will be offered with the option of a hybrid variant by 2023, with Bentley’s first pure electric model to be launched in 2025, it is now committing to a move towards zero emission mobility.

Last year, Bentley’s production facility in Crewe became the first luxury automotive factory in the UK to be certified carbon neutral by the Carbon Trust. This followed two decades of implementing innovative solutions, including a water recycling system in the paint shop, local tree planting, installation of a 10,000 solar panel carport, taking the total number of on-site solar panels to 30,000, and a switch to renewable-only electricity sources.

By the end of this year, all suppliers will have passed a sustainability audit, verifying their sustainability credentials. By the end of 2025, the company intends to reduce its factory environmental impact by focusing on energy consumption, CO2 emissions, waste water, use of solvents in the paint process and becoming plastic neutral.

This will result in a climate positive factory by 2030, actively reducing levels of carbon in the atmosphere, while in parallel the business invests in renewable energy and forestation projects.

The company is committed to handcrafting cars in Crewe for the next 100 years, while also preparing for a digital future, and has confirmed it will be investing in two new research and development buildings, a vehicle test centre and a dedicated launch quality centre.

Adrian Hallmark, chairman and chief executive of Bentley Motors, said: “Being at the forefront of progress is part of our DNA - the original Bentley boys were pioneers and leaders.

“Within a decade, Bentley will transform from a 100 year-old luxury car company to a new, sustainable, wholly ethical role model for luxury.” 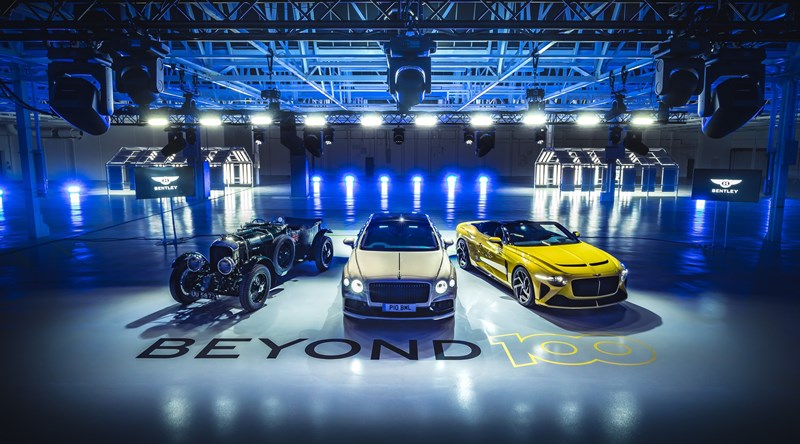