Hoxton’s strategy of finding European companies that can scale globally into large, category-defining leaders in newly forming industries has led it to becoming one of Europe’s top-performing early stage venture capital firms. The firm’s first fund has the highest ratio of unicorns to investments, according to Dealroom.

“We set up Hoxton to address a market gap at a time when few venture firms wanted to invest at the early stage in Europe,” said Hussein Kanji, a partner at Hoxton. “Success stories like Darktrace and Deliveroo show that our region can produce large, global tech winners.”

Hoxton focuses on leveraging its partners’ connections to the US. The fund expects most of its investments will target this market, either by opening offices or building a sales presence in the US.

Hoxton operated with a small team, investing across technology sectors, and working closely with entrepreneurs as a business partner. The firm only recently added a third partner, Rob Ludwig, at the end of 2019, who joined as the firm’s chief operating officer.

The new fund began investing in early 2019 and has made 20 investments across a range of sectors, including seed investments in FabricNano, a next generation enzyme business; Fy!, a homewares marketplace; Kbox Global, a cloud kitchen business; Kheiron Medical, an artificial intelligence radiology startup; and Preply, an online education company.

Approximately one-sixth of the fund’s investments were made after the start of the COVID-19 crisis.

“Some of the best companies are built in a downturn,” said Kanji. “Our patient, long-term approach means we are happy to take the long view on markets that may be early in their development but will grow exponentially irrespective of the macroeconomy.” 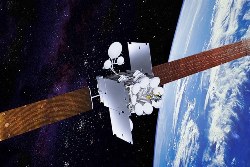