As the use of live facial recognition (LFR) increases, a better legal and regulatory framework for biometric data is urgently needed, a new report has said.

Prompting formal investigations, media debate, and even legal action, the use of facial recognition by police forces has proved highly contentious in recent years.

The institute said that the growth in machine learning and camera and sensor technologies has resulted in the increasingly widespread use of biometric data to authenticate individuals or classes of people, or to measure and categorise their behaviour.

Matthew Ryder QC, who led the report, has raised concerns about uncertainty around the accuracy of the technology, evidence of discrimination, and the lack of clear regulation for police and other organisations.

It says that recent changes to legislation around the use and processing of personal data – including GDPR – have “not brought sufficient clarity to the regulation of biometric technologies” and that there is still uncertainty bout whether technologies like LFR can be used in accordance with existing laws.

It calls for a new “technologically neutral” statutory framework which sets out the process that must be followed, and considerations that must be taken into account, by public and private bodies before biometric technology can be deployed against members of the public.

The document also urges policymakers to introduce a law that covers the use of biometrics for unique identification of individuals as well as classification, and sector or technology-specific codes of practice, including a legally binding code of practice governing the use of LFR.

Finally, the report recommends the establishment of a national Biometrics Ethics Board with statutory advisory role in respect of public-sector biometrics use. 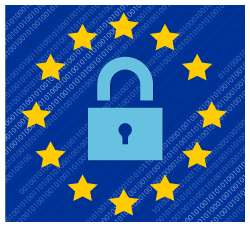